So an age ago I blogged about starting work on the latest of my Star Trek Online ranking up cover things, and then filled several posts with progress updates and excuses as to why it wasn’t finished so I thought it was about time at long last to reveal the finished article…

Someone had the amazing idea of collecting all the Star Trek comics to ever have been published ever (except the new ones), scanning them and then putting them on a disk for people to read WITH THEIR EYES!
Included in this miracle of modern technology, by way of it being a complete (except the new ones) collection are the DC Comics I sought out and bought when they infrequently made it onto the rack at the chip shop round the corner as a callow youth. This was a special time for Star Trek, Mister Spock had just died(!) saving the ship from Ricardo Montalban and to bridge the gap between that film (newly minted on VHS and ripe, RIPE I say, for home copying to watch time and time and time and time and time and time and time again) and the next there would be all new voyages in four colour format every month. Alright, not so much if you were living in North Ayrshire maybe but I’m sure it was a golden age for the Americans anyway.

Two things occur to me. Three if you count the reason I actually bought this product, which was to have high-res digital version of the covers I’m so found of re-imagining.
1) Adobe Reader on a laptop screen is really a terrible way to view comics books.
2) Except for very specific exceptions, comic books from 15 years ago aren’t as good as you remember them to be.

I’m not sure why either of these points came as a surprise to me to be
I knew there were much better comic reading applications out there and I still have my incomplete, hard-won stack of these self-same comics sitting in a pile in the living room and quickly got bored with reading them once the nostalgia had faded after getting them from my parents’ loft.

Following on from this week’s update of CoHCOMICS, I wasn’t particularly keen to dialogue the six pages of that anthology submission (mostly because the word balloons are custom and each requires eight elements composited to create. I think this guy will be the strong silent type…) as I wanted to post up the different versions of the pages in a future blog to compare and contrast and being on holiday for the next two weeks will give me plenty of time to do it then.

Instead of that then and being unable to progress the STO cover as explained before, I’ve been dong some forward planning and working on the cover for Task Force UK Presents #2, due out around April time.
Unlike the traditional TFUK comics, the screenshots for this story will come from Champions Online. It’s odd that all these years later that when working on it I still run into the same problem I had with the first issues of the parent title, playing the game essentially solo but trying to get screenshots of a team of characters. For the story itself I had help from Julie who used a trial code for the game, and assuming there are any more in future its upcoming move to a Free to Play model will help with any bespoke crowd scenes required, but in the case of the cover I had to spend a huge amount of time getting each character individually to the correct spot, while not shifting the camera.

Cause, if you did mistakenly move it halfway through all of the characters you have to start them all over again.

After that editing them all together is a snap. Unfortunately, the image is too short for the page height, so it’s back into the game to get an appropriate background image for the horizon. Then cut out the image on the advertising display screen, pop our own behind the resultant mask and overlay some screen strobing style effect, all in the name of tribute to the original hand drawn cover design (and in case you’re wondering how I link this thing I did today with the Blog Entry title, here it comes) from back in… 1989, according to the Wiki entry.

1) Complications
So, another week and another excuse as to why that STO cover still isn’t finished. Now all the crew images are correct and the Constitution class ship has been included as per the original layout sketch.

This creates its own problem. The deflector dish is hidden behind the security chief there. Which probably means having to make the ship smaller overall to see it just past the left hand side of his head there. As well as the time sensitive nature of the finished article (i.e. unlike, say releasing a comic book based on Tabula Rasa, an MMORPG which closed down two and a half years ago) I probably want to finish this while the weekly series it relates to is fresh in everyone’s mind the star field in the background was only a temporary placement. The final revision is supposed to have the comet in question on a star field as the background as well as featuring the two 23rd century guest stars faces at the bottom right, as per the original sketch. These are all elements I don’t have screenshots of yet and can’t get because it requires time to play through the mission chain again. Not just time incidentally, there’s a bit of a prerequisite here for me to complete my outstanding Captain level missions chain before I start these weeklies lest I gain sufficient XP from the weeklies to out level that content! Additionally, this was supposed to be part of tomorrows STO themed CoHCOMICS update. More on that in a minute…

2) Distractions
By far the (second) worst thing that could happen at the same time as all this is to be invited to beta test an upcoming game.  Now, I’m not saying that has happened because even if it did the attached Non-Disclosure Agreement would stop me from even mentioning that an NDA existed for this fictional game.  What would be especially galling would be to dislike its arcade beat-em up sensibilities as a result of its joint PS3 development, but to be stuck yearning to see more of its authentic in-fiction locations and iconic characters and really enjoying the full voice cast.  Shame about the poor character generation system though. 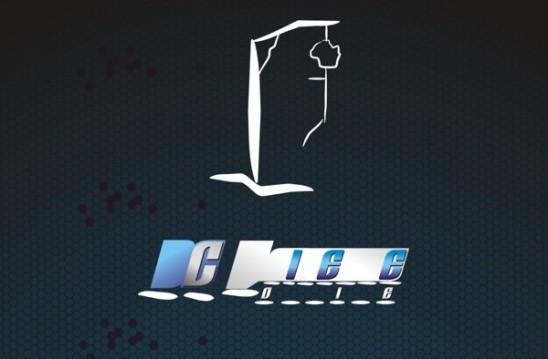 Luckily all of this is simply a flight of fancy as far as you know.  Incidentally, its “second worst thing” cause the first would be getting BUMMEDINTHEGOB…

3) Problems
Poised as I was to bring a Star Trek themed set of comics and covers to CoHCOMICS this week, that’s just not going to be a possibility.  The initial setup of a new title on the site is obviously more time-consuming than adding another issue to an already ongoing series.  This is made worse by having to create a thematic look for the new genre as well.  Knowing this I started the Star Trek inspired work weeks ago, but since then I’ve realised the background won’t tile properly in the frames.  Given time I could’ve fixed it, but I lost confidence in the quality of the submission itself.  It just doesn’t work as a debut issue and I think the authors lack of exposure to common comic book tropes is pretty obvious, so regretfully I’ve had to let it slip from the schedule.  Luckily I have an inventory of other titles for just this sort of situation so instead we’ll have a regular slice of City of Heroes inspired four colour adventure instead.

4) More time (not)
There just aren’t enough hours in the day at the moment.  Between actual work, preparing for Christmas and all this other nonsense that’s going on I’m run ragged.  It could have been worse.  An update could have broken the boards and left me struggling to find the cause and fix it.  Yesterday.  And that would have been the end of the forum altogether, cause it was only the relative ease of porting them the new hosting that made me bother continuing with them at all.

5) A laptop that freezes and reboots randomly…
Or indeed, doesn’t reboot at all.  It’s not loosing data that will bother me, cause the drive is fine it’s just not having the laptop to do anything on.  Like at least half of yesterday when there really was stuff (see above) I should’ve been getting on with.